Where are HOLYMARY gummies made?

HOLYMARY gummies are made in the USA, in our state of the art allergen-free, cGMP certified, and FDA-approved facility, using all-natural ingredients under Kosher and Fairtrade supervision.

When is the best time to take HOLYMARY gummies?

Anytime is a good time to take HOLYMARY gummies! Try them in the morning to jump-start your day or in the afternoon to get you through that slump. HOLYMARY gummies are great for keeping up with everyday life, being focused at work, being more productive, getting that pre-workout boost, or just dancing the night away! Whatever your reasons, we recommend them daily, to elevate your mind and body, and help you reach your full potential.

We’re proud to say HOLYMARY gummies are all-natural with organic ingredients, gluten-free, non-GMO, and kosher, meeting the highest standards possible. Unlike many other brands, our gummies do not contain any gelatin or animal-derived ingredients. We make them using pectin, which comes from fruit and vegetable peel, which also makes them vegan. We do not add any additional vitamins, minerals, or additives so you won’t need to worry about making any nutritional adjustments to your diet.

Should I take HOLYMARY gummies with food?

HOLYMARY gummies are all natural and completely safe to be taken with or without food. Yerba mate is also said to improve overall digestion and help protect against unhealthy bacteria, so it won't leave you with any upset stomach that’s common with coffee or energy drinks.

How many HOLYMARY gummies should I take?

HOLYMARY gummies were designed to give you a convenient, healthy and delicious way to be in control of how you feel, and what's best for your body. Everyone is different, and their daily routines are different, so whether you need one or several to achieve your desired effect, HOLYMARY gummies are all natural and completely safe to consume as needed. Individual results may vary.

Without a doubt, our gummies are healthier than energy drinks and common caffeinated products. Our gummies are all-natural, vegan, gluten-free, non-GMO, kosher, and made in the USA in our state-of-the-art allergen-free FDA approved facility. Yerba mate contains vitamins, minerals, amino acids, and polyphenols that make it a nutritional powerhouse for the body, not just a single energy source. Energy drinks are typically made with artificial, synthetic, and low-quality ingredients that cause jitters, crashes, rocket blood glucose levels, and often lead to weight gain. In addition, most energy drinks are carbonated, full of acids and chemicals that damage your teeth and increase development of digestive disorders.

Can I still drink coffee and take HOLYMARY gummies?

HOLYMARY gummies are completely safe to be taken with coffee. They can be used as a substitute or a compliment to your daily coffee! Our gummies are all-natural, with no chemicals or reactive additives!

What age should I be to take HOLYMARY gummies?

Our gummies are all-natural with no harmful ingredients, additives, or chemicals. Major health organizations suggest that children under the ages of 12 should not consume energy-type food or beverage products.

What are Benefits of Yerba Mate?

With 24 vitamins and minerals, 15 amino acids, and abundant polyphenols, yerba mate nourishes while it stimulates. It is said to have the strength of coffee, the health benefits of tea and the joy of chocolate, but there’s so much more to this natural wonder. According to the Pasteur Institute, the yerba mate plant contains practically all of the vitamins and minerals necessary to sustain life. Some of its benefits may include:

What is Yerba Mate?

Yerba mate comes from the natural leaves of a native species of the holly tree, Ilex paraguariensis. Found in the lush rainforests of Brazil, Argentina, and Paraguay, yerba mate is a natural wonder that contains many nutrients, vitamins, stimulants, and antioxidants. It has been well known in South America for the mental and physical boost it provides, with a better, healthier, and more stable effect than energy drinks or common caffeinated products.

Yerba mate has traditionally been served using a gourd and sipped with a metal or bamboo straw called a Bombilla. It has a naturally earthy flavor, that is an acquired taste, and does require a fair amount of drinking to fully benefit from it. Yerba mate has been the number one drink enjoyed for centuries by the people of South America, for its rejuvenating effect, and is growing in popularity all over the world. 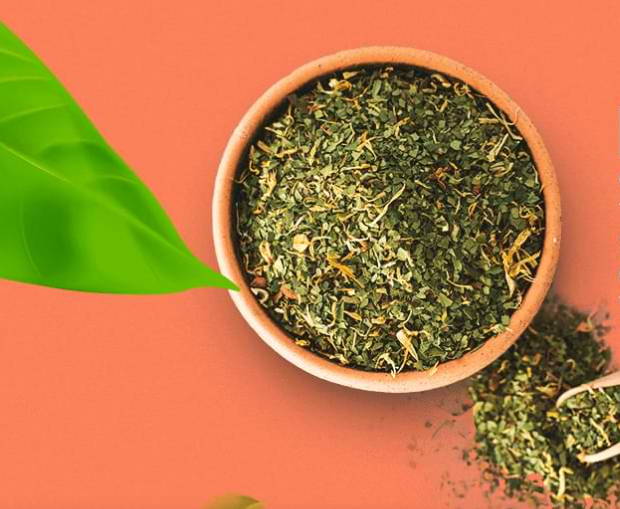 Here at HOLYMARY we've created a new, convenient, and delicious way to consume this nutritional powerhouse, making it easy to incorporate into anyone’s lifestyle. HOLYMARY gummies provide a greater benefit than the traditional ways of drinking yerba mate, which would require having several cups to achieve a similar effect. Experience the natural energy of the HOLYMARY gummy and reach your full potential. Enhance your mood, improve mental focus, boost your performance, and have a higher level of productivity!

How should I store my HOLYMARY gummies?

The best way to keep your gummies fresh is to store them in a dry, relatively cool place. If you have them with you on the go, just try to keep them out of the sun.

Can I take HOLYMARY gummies with my medication?

Since we are unaware of your individual medical histories, or what medications you may be taking, we recommend speaking with a qualified healthcare practitioner or doctor to verify that you can safely use the product with your medication.

Can I take the HOLYMARY gummies with alcohol?

Our gummies are safe to take with alcohol for healthy adults 21 and over. You can also consider the HOLYMARY gummy to be a great "morning after” pick me up, for a faster recovery. The rejuvenating effect of our yerba mate gummy gives your body and mind what it needs to get back on its feet, while helping settle your stomach. If you are taking any medications or have any medical conditions, you should consult with a licensed healthcare professional before anything. HOLYMARY does not promote or recommend overconsumption of alcohol and or energy products.

Are there any artificial flavors or coloring?

There are no artificial colors or flavors used in our gummies. All flavors and coloring are derived from natural ingredients.

How long are HOLYMARY gummies good for?

HOLYMARY gummies expire 24 months (2 years) from the date of production. Elements like vitamins and minerals naturally break down over time, so while the products are still active and safe to take, we do not guarantee their potency

Can I take HOLYMARY gummies if I am pregnant?

We recommend consulting your physician before taking yerba mate gummies if you are pregnant, nursing, on medication, or have any suspected health conditions.

We love the new products we've made, and we believe you will too, but in the case that you're not completely satisfied for any reason, we offer a 100% money-back guarantee! Just let us know within 30 days of receiving your order and we're happy to help you set up a return.

When will my order ship?

Orders are typically fulfilled within 1 to 2 business days. However, in many cases, if the order is placed before noon pacific time, it may be processed and shipped the same day!

Do you offer a subscription service?

Yes, we do! Most customers ask this question as HOLYMARY gummies become part of their daily routine. If you're interested in receiving a regular timed shipment of our gummies you can sign up for subscription services here. You can modify or cancel your subscription at any time by logging into your account.

How much is shipping?

We're excited to offer Fast Free Delivery on all orders within the United States! We've worked hard with our shipping partners to get HOLYMARY gummies to your door quickly and at no cost to you.

How can I track my order?

You will be receiving a confirmation email with tracking information once your order has shipped. Please allow 24 to 48 hours for the tracking information to register on then carriers website. If you have any spam filters, make sure to approve all HOLYMARY emails so you don't miss any notifications or updates.

What if my package hasn’t arrived?